Ander Miolin plays a twelve-string guitar–but not the kind you’re imagining. A twelve-string folk guitar is strung in six courses of two strings each, each pair tuned either in unison or in octaves. This means that the guitar is played essentially the same way as a six-string guitar would be, each pair of strings being fretted together, but it gives a different sound because of the additional strings. Miolin’s guitar is very different: it has twelve separate, independently tuned strings, which create the same essential sound as a six-string guitar, but with a much wider range of pitches. This enables him to put together a program like this one, which consists of Renaissance and baroque works for the (similarly configured) lute, as well as unusually complete arrangements of piano pieces by Erik Satie and several original pieces by Miolin himself, all of which make use of his guitar’s expanded range. This is not only a technically impressive album, but also a deeply enjoyable one, that any library would do well to add to its classical collection. 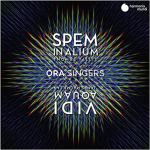 I’ll just go ahead and say it: although Thomas Tallis is one of my favorite composers and Spem in alium–his widely celebrated motet written in forty(!) parts–is indisputably one of his masterworks, I’ve never cared for that piece very much. The chord progression seems awkward to me, and the soprano parts often sound shrill to me, no matter how carefully and skillfully they’re sung. But the 450th anniversary of its composition is an auspicious moment at which to celebrate this monumental work, and the ORA Singers do so not just by recording a particularly able performance of the piece, but also by placing it in historical context with a generous program of choral music by Tallis’ contemporaries, including Alfonso Ferrabosco, Philip van Wilder, and William Byrd. And the program ends with a contemporary work, actually a response to Tallis’ composition: William MacMillan’s forty-voice motet Vidi aquam initially imitates Tallis’ brilliant use of multiple choirs and strict counterpoint, but gradually shifts into a more modern and impressionistic style. This is a wonderful album overall, strongly recommended to all classical collections. (As a bonus, the package also includes a DVD with footage from the recording sessions and documentary material.)

What’s so great about Champian Fulton as a singer is that she blends Ella Fitzgerald’s sweetness and clarity of tone with Billie Holiday’s playful approach to rhythm (and sometimes pitch). And what’s so great about her as a pianist and bandleader is that she can switch from quicksilver bebop virtuosity to florid romanticism at the drop of a beat. She demonstrates all of these skills prodigiously on this centenary tribute to bop pioneer Charlie Parker, which features tunes written by him alongside others he was famous for playing. Leading her usual quartet (pianist Hide Tanaka, drummer Fukushi Tainaka, and her father Stephen Fulton on flugelhorn) along with tenor saxophonist Scott Hamilton, she delivers a beautiful program that reflects her lifelong immersion in Parker’s music: highlights include a sweetly rollicking take on the inevitable “Yardbird Suite” and a limpidly gorgeous vocal performance of “This Is Always” — but honestly, there’s not a weak track anywhere on this wonderful album.

Lots of jazz combos engage in group improvisation; very few, in my experience, do so in a way that’s worth spending much time listening to–outside the confines of trad jazz, anyway. Trio Linguae (trumpeter/flugelhornist Kevin Woods, guitarist John Stowell, pianist Miles Black) is one of those very few combos. Their musical communication is such that you’ll often hear them improvising in counterpoint, which is a pretty amazing feat when you think about it. Nor does their playing ever lapse into self-indulgent noodling: on tracks like their swinging take on the Bill Evans composition “Peri’s Scope” and the Harold Arlen standard “My Shining Hour,” they sound almost straight-ahead, but even on their more adventurous original tunes the playing is simultaneously disciplined and unconstrained. Any library that supports a jazz education program should consider this album a must-have. 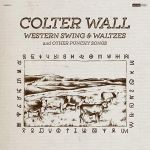 With a voice that sounds a bit like a cross between Willie Nelson and Townes Van Zandt and a style that harks back to Texas in its pre-Outlaw Country days, you could be forgiven for thinking that relative newcomer Colter Wall is actually an old-timer making his belated entry onto the musical stage. But in fact he’s 24 years old, and he’s from Canada. Of course, Canada’s cowboy culture is no less hard-bitten and authentic than Texas’s, and Wall’s songs are deeply steeped in that culture. His originals are great, but he can also play and sing hoary classics like “Big Iron” and “Diamond Joe” with impressive authority. He takes his tempos slow and his band is small, nimble and unobtrusive–and recorded with lots of room sound, for added old-time verisimilitude. Mainstream country audiences won’t give an album like this the time of day, but anyone who likes hardcore cowboy music will love it. 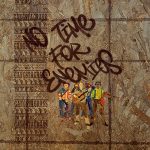 I know, I know–I thought the same thing when I heard about this album. A bluegrass/hip-hop hybrid? Give me a break. I could imagine it maybe being slightly funny as an Internet meme, but that was about it. But then I listened. And after I heard how well it worked, I started thinking about why it obviously should work: the roots of bluegrass are as much in African-American blues and gospel as they are in Scots-Irish ballads and fiddle tunes, and whether the backbeat is a mandolin chop or a snare drum (or an 808), it’s still just a backbeat. And there’s no reason why the vocal hook in a rap song can’t consist of high and lonesome vocal harmony, or why fiddles can’t be keening behind the rappers and a five-string banjo playing a break between verses. What makes this album do more than just work, though, and what really stops it from being a novelty, is that there is zero joking here: songs like “Freedom,” “Go You One Hundred,” and “This Land Is” are dead serious–as is the group’s gentle and heartbreaking version of Stephen Foster’s “Hard Times Come Again No More.” For all libraries. 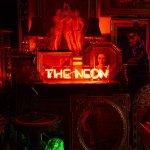 It’s the eternal debate: should a band evolve, or should it continue to offer what its earliest fans loved? There are reasonable (and unreasonable) people and positions on both sides of that question, but ultimately every band has to decide for itself. Erasure–now on their 18th album–seem to have decided firmly on the latter course, continuing to purvey the same bright, colorful, emotionally intense music that won them an international following almost 40 years ago. The group still consists entirely of singer Andy Bell and synth player Vince Clarke, and their latest finds the duo creating an album that is all about “refreshing… our love of great pop.” Songs like “Tower of Love” and “Diamond Lies” refract that love through the band’s now-signature style of bleepy, bloopy synth pop, and while the album is suffused with joy there’s some emotional complexity in there as well. Watch for the remix EPs based on singles “Hey Now (I Think I Got a Feeling)” and “Shot a Satellite,” too.

It was baked into the antinomian nature of punk rock that its norms and stylistic templates would fall apart almost as soon as they emerged. (No one can, or should, take seriously any sentence that begins “It’s not real punk rock unless it…”.) This was both punk’s greatest weakness as a musical movement, and its great gift to popular music: it broke the corral fence that had existed around rock’n’roll and let all the horses out to run in whatever direction they wished. So the title of this collection is doubly instructive: the ten years it defines were an incredibly fertile period of experimentation and innovation, and the term “independent” wisely includes any number of those experiments and innovations. As always with these carefully-curated Cherry Red boxes, you get a mix of artists you’ve almost certainly heard of (Bananarama, Cocteau Twins), some you may possibly have heard of (Grab Grab the Haddock, Talulah Gosh), and some you almost certainly have never heard of (Go! Service, Fatal Microbes). Interestingly, some of these artists actually elect to make less noise (Jane’s “It’s a Fine Day” is a softly-sung a cappella tune of wistful loveliness), while some make deeply uncomfortable noise (Rhoda Dakar, backed by the Special A.K.A., delivers an account of rape that is so disturbing that I sincerely hope I’ll never have to hear it again). It’s also worth noting that the “independent” designation doesn’t necessarily mean “amateurish.” As strange as Lene Lovich’s “Lucky Number” and Sinéad O’Connor’s “Mandinka” may have sounded at the time, they did not sound in any way unprofessional. The same is decidedly not true of, say, The Fabulous Dirt Sisters’ shambolic “Wood Song” or Marine Girls’ minimalist “A Place in the Sun”–and that’s a big part of what makes this compilation so much fun: it’s so diverse in so many different dimensions.

Max Romeo is one of the greatest living exponents of roots-and-culture reggae, a sweet-voiced singer who has been on the scene from the beginning. His first big hit was a negligible and notorious piece of slackness titled “Wet Dream,” but he soon got on the Rasta train and recorded some of the darkest, dreadest, and deepest examples of conscious reggae ever made, many of them at Lee “Scratch” Perry’s Black Ark studio. This expanded reissue of his classic 1975 album Revelation Time duplicates substantially (though not entirely) the long out-of-print Open the Iron Gate: 1973-1977 collection that was released 20 years ago on the much-lamented Blood & Fire label. If you own that release, but are a big enough Romeo fan, this one will be worth the money for the additional content, which includes I Roy’s deejay cut on the title track, a fine dub version of “Tacko,” and the pairing of Romeo’s “No Joshua” with Prince Far I’s thundering response track “Yes Joshua.” If you don’t own the Blood & Fire collection, then pick this one up right away. 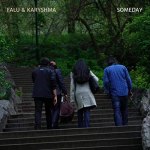 Man, yet another utterly gorgeous EP that I really wish was a full-length album. For this, their first formal release, Falu & Karyshma have taken traditional songs from classical, Sufi, and folk traditions and created modern settings for them using harmonium, dulcimer, bansuri, electric bass, violin, tabla, drum kit, acoustic guitar, and other instruments. The production is almost as important as the playing and singing here; to listen to this music on good headphones is revelatory. But central to everything is the singing of Falu, whose voice is simultaneously silky and powerful and who communicates joy, longing, anguish, and peaceful relaxation with equal skill. Here’s hoping for much more from this wonderful ensemble.